Getting Stung: Victimized By Venom 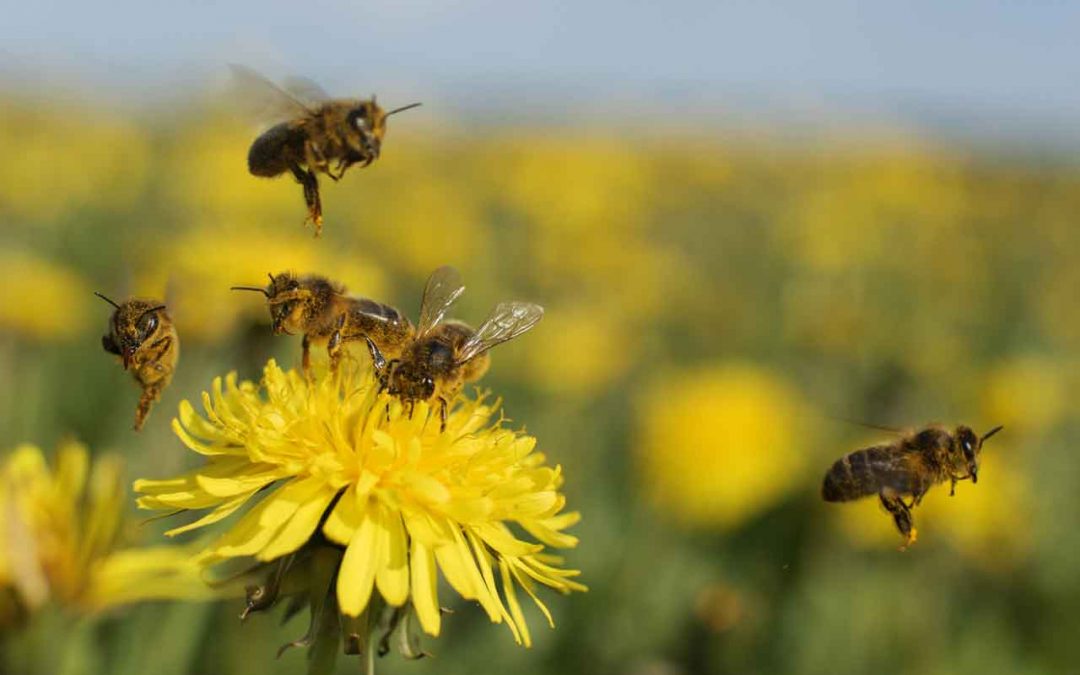 “Getting stung” leaves many feeling victimized by stinger and venom energies. Listen here to help you release, for good, the energies that attract attacks! Getting stung is the next part of our Victim and Perpetrator Podcast Series to help all of you release even more Victim Energy. If you are joining us for the first time, please check out our other podcasts which can be found in our blogs. The podcast on Victims and Perpetrators is our most recent one and you can receive energy healing by listening to and doing the simple energy healing exercise at the end of the podcast.

To listen to our podcast on Getting Stung, click here. It was created with the help of our friends at Specialty Produce Network.

We want to share with you that this topic was initially inspired by a young boy who got stung multiple times and is a client. We were discussing getting stung and how it relates to victim energy and the consequences of going into Agreement with the stinger.

Annie and I had just outlined all the ways we feel victimized by insects stinging humans. The judgments and beliefs –even agreements that we go into about getting stung and punishing the one who stung us. When an hour later, while relaxing on her deck in a lounge chair, she felt something on her foot and used her other foot to brush it off only to discover that horrible sensation of getting stung by a bee.

While she was using some choice words, I was laughing on the other end of the phone in disbelief because normally I am the one that is always getting stung. I asked her, “So what happened to you Annie… that the bee landed on your foot… and you got stung? How did that happen? … I know most people would look at this as an accident or coincidence, but we look at things differently.”

She said, “Well, as advanced energy healers we do look at things differently. We recognize that somehow I have to be running “attractor energy for being stung”….and honestly I didn’t realize it was there. But now that I mention it, it was staring me in the face!!”

I said, “So let’s go into your energy and determine where this attractor energy came from. Is that ok?”

She told me to go for it and I sorted for where the “attractor energy” for bringing in “getting stung” or “venomized” was located in her. This is otherwise known as “A Victim of Pain and Suffering”.

I sorted through her energetic bodies to identify the area because it would help her release my Attractor Victim Energy.

It was stored in her spiritual energetic body and I got that it needed to be handled first. I next asked her if she had any spiritual beliefs about getting stung in the world?

“Of course I do! I hate being victimized by what I can’t see coming at me. I didn’t see this bee. I felt something land on right foot and I simply used my left foot to move it off. I thought it was a bug…you know…something bugging me. Getting stung is not fun. It’s painful.” she said.

And yes, this is a very personal story of victim energy.

What Is It About “Getting Stung” That Hurts So Much?

Annie said, “I can honestly say…that phrase… “I hate being victimized by what I can’t see coming at me” is so true –and this just reminds me how much easier it is getting to access these unconscious parts of me this way. So, I would definitely say that this one is so prevalent in my unconscious experience.”

I pointed out this significant piece in her that needs to be released.

Then she had a strange thought and asked me, “Do I have to forgive the bee?”

I checked in and go a no but thought it was a good question.

I just want to point out how easy… and how empowering it is to get in touch with your Unconscious Mind when we open up to our vulnerabilities.

When we open to what we consider private we can then begin to access Truth about what is really happening. Right?

I asked Annie how she felt recognizing this Truth about herself…of awareness, and she confessed that it felt like she had one of those airplane spotlights on some aspect of her that she didn’t know was driving her experience –and everyone can see it, but it’s okay.

And I will say this: after years of working with me, she really has come to realize that looking at and being open to examining these vulnerabilities or beliefs, she has the opportunity to change or reframe them. With this…it has changed her experience. Meaning many or all symptoms cease after she reframes them with the Truth.

Annie also shared that the phrase about “things coming at me that I can’t see” sums up so many of my life experiences where I felt caught off guard by others who came at me and literally stung me with their unexpected words, emotions or behaviors”.

I pointed out to her that these are the many aspects that we can experience of stinging and venomization. (Which is why we look at all the elements of the physical, emotional, mental and spiritual layers.) And I saw it as a beautiful connection to her beliefs and the many ways that venom could “sting her”.

In her life, it was people doing the stinging, but yesterday, it was a bee. The bee doesn’t need forgiveness as we said earlier, but it is there to remind us that when you get stung by others, you need to forgive the conflict energies of getting stung by them. That’s the spiritual aspect that is available for healing.

When I asked her what her bee sting symptoms were, she told me there was no swelling or burning, but the area was numb and it was hard to stand or walk on her foot.

Curious, I asked me to tell her what the numbness meant to her. She explained to me, “…I hate having pain. And there is also some aspect of “I don’t want to feel this.” Naturally, I thought she was an amazing “manifestor” because she numbed it. That was a pivotal moment for her when she realized “I CREATED MY OWN SYMPTOMS! I did it. And I did it from inside my own unique pain center called my brain. If I created them, I could un-create them.”

Then I asked her, “when others sting you, do you have similar symptoms?”

It was a really good question for going deeper. She said, “If I equate numbness to being in a state of shock, the answer is definitely yes. If I equate not being able to stand on my foot as not being able to fully stand in my power, then yes. The symptoms are similar. It doesn’t matter if the sting was from an insect or a human, my pain center reacted the same way.”

I asked her yet again another very important question. “Where does the venom from the bee sting go?” Well, she had never thought about it. She honestly had no idea.

The reason I brought it up is very important! After “the sting” –and I am referring to stings from both people and insects…where does the venom residue go inside the body? It has to go somewhere if the person doesn’t consciously clear it out of the energetic bodies!

Where Does The Venom Residue Lie In The Body?

The venom or poison goes in, but does it ever come out?

Does I ever stop asking questions? No. And this one points to why we have problems in our body, our mind and problems spiritually and emotionally:

Is anyone ever really free of the venom?

No, not unless they consciously deal with it.

Here are some of the questions we both asked to learn where the venom goes in a person:

In her case, she doesn’t get that it enter the body because upon removal of the stinger, she consciously removed and cleared the venom by squeezing her toe to get it out. She was making sure that none of the venom would affect her.

“Where did the ‘thought’ of the venom go as your toe turned numb?”

It felt to her like it entered the musculoskeletal system of her structural body…where sometimes she feels unsupported by life.

Yes, sometimes she, spiritually-speaking, feels unsupported by Life. When she gets stung, she feels powerless to change the world she actually knows she can create. These are the inner conflicts we see daily in people…including her today. And she is grateful for the opportunity to heal this aspect of victim energy that she was running in herself. Does this mean, if she releases this spiritual victim energy she won’t get bitten anymore?

Yes, when we truly and deeply understand this concept “that we carry victim attractor energy” and that we can release it, we become victimless to the world around us…one step at a time.

So every time you notice that you are running victim attractor energy, you get to see it in all the ways that it happens to you and then release it.

Take a moment to release Venom and Victim Attractor Energy in yourself right now. Take a moment and breathe in, deeply, all these aspects we have just spoken about.

Open to the idea of what beliefs you individually may have gone into around being stung by others or life circumstances.

Some of these beliefs are also called Agreements around how we view our life and how it works. Let’s review a few:

Agreements You Might Have Went Into After Getting Stung

Judgments About Getting Stung

Beliefs Around Getting Stung

So whether it is a person or an insect, we all clearly have judgments, beliefs and agreements about how we are victimized by venom and what should happen to the perpetrator.

From inside your heart and mind:

I acknowledge I have a conflict with perpetrators who would attack me.

I release their judgments and beliefs and projections on me.

I release my judgments and beliefs about them.

I release my own self judgments and self-limiting beliefs.

I release this conflict and all its components and conditions.

I release all soul contracts where I am engaged in “victim attractor energy”.

I release all the conflict energies in all my energetic bodies.

I forgive this conflict.

I proclaim myself Sovereign from this conflict.

I shine the truth of myself to the areas that hurt in my body from the sting and venom, and invite the perpetrator to proclaim themselves Sovereign from this conflict too.

I see myself free from victim energy more and more.

Each situation is unique. And sometimes the conflict energy of getting stung is much deeper than a bee sting. And if you’d like to learn more about how I can support you releasing victim energy, I am here to help you. You may use my contact form to reach out or find and like me on Facebook @ashleyleehealing.

In case you missed the first podcast in this series on Victims and Perpetrators, you can read or listen to it here.